Patients must stay warm during surgery to avoid hypothermia, a dangerous condition that occurs when the internal body temperature drops too low.  Otherwise, some may die.But a medical device that hospitals use to keep patients warm during surgery may infect them with dangerous bacteria, leading to months of illness and additional surgeries. The Bair Hugger Forced Air Warming (FAW) heater can pick up germs from the hospital floor and blow them directly into the surgical site. The heater forces warm air through a hose into a blanket draped over the patient. Bacteria can land on knee and hip replacement devices and survive there after the surgeon closes the wound, leading to life-threatening infections. Lawsuits have been filed recently on behalf of patients who acquired these dangerous infections after Bair Hugger heaters were used during their surgeries. Air from the heater blew under the surgical table, according to their claims, and picked up bacteria, recirculating them onto the surgical site. Mounting evidence, discussed in a new study in the Journal of Bone and Joint Surgery, supports the suits.One study concluded that “…A significant increase in deep joint infection…was identified during a period when forced-air warming was used compared to a period when conductive fabric was used. Air-free warming is, therefore, recommended over forced-air warming for orthopaedic procedures.”

Another study found that a “significant increase” in the number of particles” capable of transporting bacteria” were present at surgical sites when forced-air devices were used.

The evidence also shows that 3M, the manufacturer of the Bair Hugger Forced Air Warming (FAW) device, has known for 18 years that it could cause airborne contamination of surgical sites.

Victims of their deliberate negligence have suffered serious consequences.

A 70-year old man needed 15 surgeries and was ultimately forced to have his artificial hip removed and replaced when he was infected after a Bair Hugger was used during his surgery. Another victim, who underwent a total knee replacement surgery, was infected with MRSA – Methicilian-Resistant Staphylococcus Aureus. The dreaded “Super Bug” – as it is popularly known – is” resistant to methicillin, amoxicillin, penicillin, oxacillin and many other common antibiotics.”

Experienced lawyers at Wayne Wright LLP have the knowledge and expertise to help victims who acquired infections caused by the Bair Hugger forced-air heater. Needless suffering should not be ignored in instances of corporate greed. Anyone with an infection that developed after surgery for a knee or hip replacement should call Wayne Wright immediately. 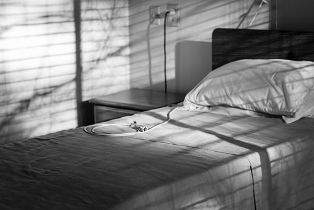