Have you suffered an injury due to a faulty Takata Airbag? Let our San Antonio attorneys fight for you! Contact Wayne Wright today, for your free consultation.

Have you suffered an injury due to a faulty Takata Airbag? Let our San Antonio attorneys fight for you! Contact Wayne Wright today, for your free consultation. 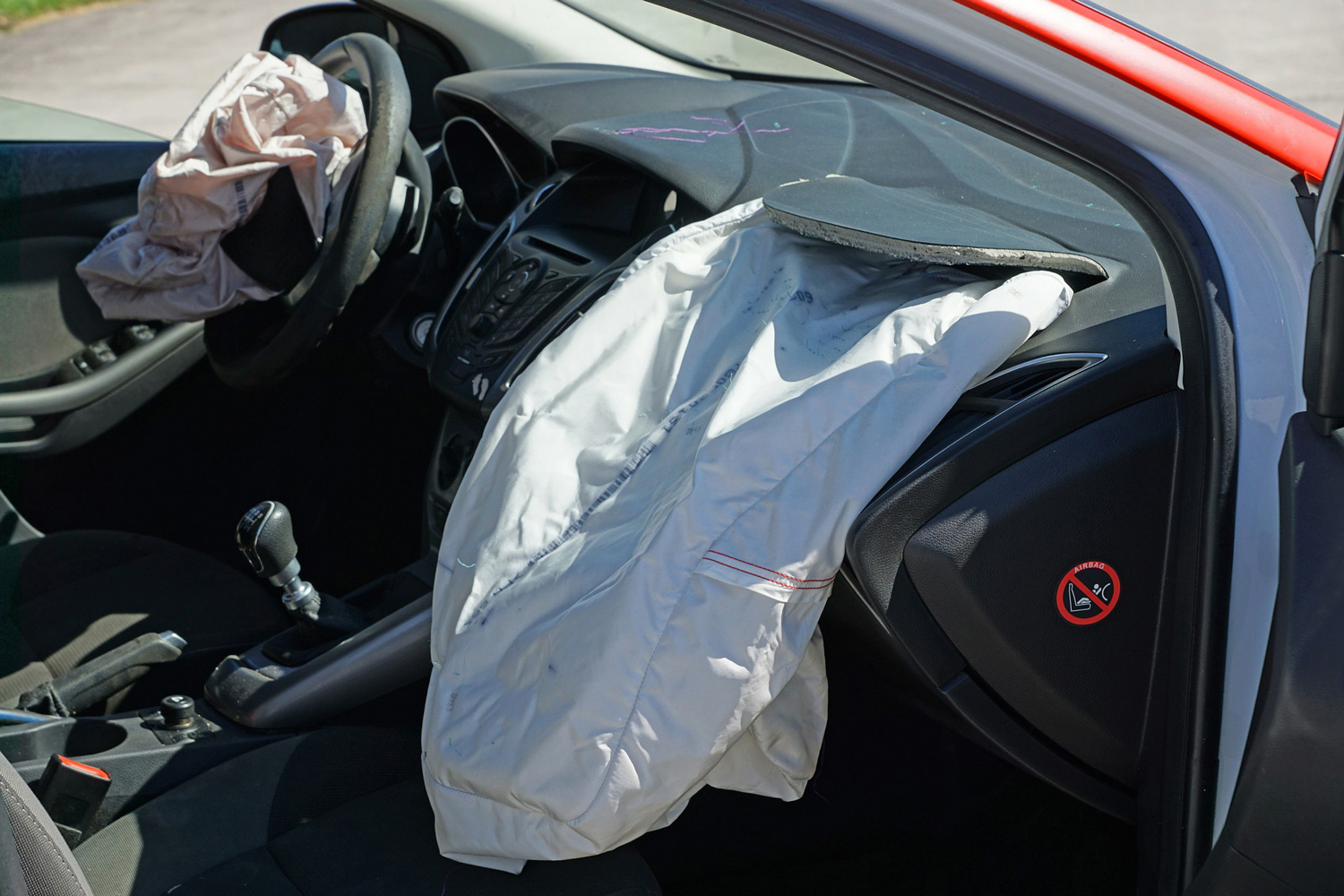 An American is the ninth victim killed by a Takata airbag in the United States. The accident happened in January when a 52-year old Georgia man driving a 2006 Ford Ranger hit a cow that had wandered into the middle of the road. Shrapnel from his exploding airbag sliced into his neck, killing him.  As a result, five million more cars with the defective air bags are now being recalled.

Takata has already been fined $200 million for being slow to report the crisis and hiding information from regulators and its partners about defects in the airbags that cause them to suddenly explode.

Many Americans may not know their cars are equipped with Takata airbags. Millions of vehicles with the defective airbags are still on the road in the United States, despite the recalls, leaving drivers in cars and trucks with “bombs” that could cut their throats and injure their passengers. The National Highway Transportation Administration (NHTSA) is calling the situation a “massive crisis.” According to Bloomberg News, vehicles with Takata airbags include models made by Ford, Nissan, Volkswagen, Honda, Daimler AG, Audi AG, and Mazda Motor Corp., also Saab AB, BMW AG, Mercedes-Benz and Toyota. Prior to the American killed in Georgia this January, 19 million cars with Takata airbags had been recalled. Another five million have been added to the recall since the most recent death.

Takata airbags cause deadly injuries even in minor collisions

Airbag victims are variously described as looking like they had been stabbed or shot in the face. But autopsies show their faces and necks are full of metal and plastic airbag fragments. In 2013, CNN Money reported that one victim of a minor collision in California hit a wall in the parking lot of a restaurant where he worked. The impact exploded his airbag. Police in California thought he had been attacked with a knife and were looking for a “person of interest” until they received his autopsy report from the coroner.

Takata refuses to set up fund for victims

In July 2015, the Japanese airbag manufacturer said it would not set up a fund for those injured by its airbags or the families of those the airbags killed. U.S. Senator Richard Blumenthal had publicly called on the company to set up the fund. He condemned its decision, calling it a “callous misjudgment.” A spokesman for the Japanese company said it preferred settling with each victim since claims are based on “facts and circumstances of individual cases.”

Wayne Wright has successfully represented those who have been callously ignored by careless companies in scores of cases involving defective products. He has been voted one of the Top Ten Trial lawyers in the United States. If a car accident or other type of accident caused by a defective product injured you or a loved one, call Wayne Wright. Representation is free. You only pay a fee, agreed upon in advance, when the firm wins your case. Wayne Wright’s legal expertise has earned more than $237 million for clients across the United States in the last seven years.