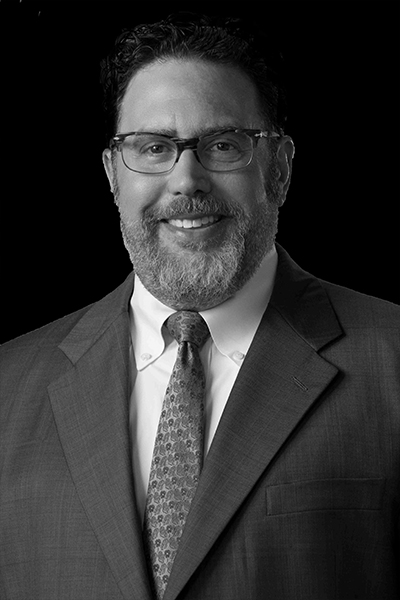 Mr. Ginsburg, who has been practicing law for over 20 years, is licensed to practice law in Texas and in the United States District Court for the Southern District of Texas. Mr. Ginsburg is a member of the State Bar of Texas, San Antonio Trial Lawyers Association and Capital Area Trial Lawyers Association. He is a managing attorney of the Austin office of Wayne Wright, LLP and he utilizes the courts to help those needing legal assistance to seek justice from a system that is unfairly skewed in favor of big insurance companies.

As a child, Mr. Ginsburg dreamed of becoming an attorney. He comes from a long line of attorneys with his biggest early influence being his grandfather, Hess Rubin, a prominent Chicagoland attorney who also served as the Cook County Coroner. Mr. Ginsburg was taught from an early age that everything in life must be earned. To that end, he worked his way through undergraduate school as a fry cook, pizza delivery man, waiter, bartender, drilling mud technician, tutor, forklift operator and truck driver. His efforts paid off when he earned a Bachelor of Business Administration (B.A.A.) from The University of Texas at Austin in 1988.

Mr. Ginsburg understands that no one wants to call a lawyer, so when that time comes, he wants them to know he is there to help and that he understands the process as both an attorney and as an injured individual. In fact, Mr. Ginsburg’s knowledge is firsthand, having himself been the victim of injury. With many injuries of his own, Mr. Ginsburg understands the struggle of having to miss work due to injury yet still be expected to take care of his family. Mr. Ginsburg’s experience as a truck driver gives him the advantage of inside knowledge of the trucking industry when advocating for his clients who were injured by negligent truckers. His experience as a motorcyclist and as a bicyclist makes him uniquely qualified to handle motorcycle and bicycle injury cases.

In his spare time, Mr. Ginsburg enjoys playing guitar and bass in local bands throughout Austin, is an avid skier, and also a mountain biker. First and foremost, Mr. Ginsburg is an Austinite who understands the people who live in Austin, their needs and their expectations. He loves his city and its people and has vowed to fight for their rights against insurance companies, trucking companies and drunk drivers who would otherwise attempt to trample on the justice that they deserve.