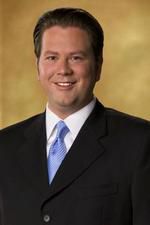 Mr. Palasciano is licensed to practice law in Texas, having received his law degree from St. Mary’s University School of Law in San Antonio. He is a member of the Society of Ethical Attorneys at Law, State Bar of Texas, Texas Bar College and St. Mary’s Alumni Association Corpus Christi.

Mr. Palasciano never thought an unexpected visitor to his childhood home would make such a huge impact, but it did. Mr. Palasciano watched his lawyer uncle unravel legal mysteries from the living room and realized that this is what he wanted for a career as well. This mystery inspired him to pursue the same career. With his uncle as a role model, Mr. Palasciano followed the law, first by receiving his Bachelor of Arts (B.A.) in Political Science from Texas Tech University.

While studying for his undergraduate degree, Mr. Palasciano received his Pharmacy certification and worked as a pharmacy technician. The knowledge he gained while working as a pharmacy technician has helped him immensely with the work he does now. In law school, Mr. Palasciano worked as a student attorney at the St. Mary’s Center for Legal and Social Justice, working on Violence Against Women’s Act and deportation cases. He was also a member of the Student Bar Association for a year doing various community service activities.

Mr. Palasciano was born and raised in Dallas but has lived all over Texas – Corpus Christi, Austin, Houston, and San Antonio. He enjoys playing baseball and soccer. He is currently training for a Spartan Race and is very excited to try something new.