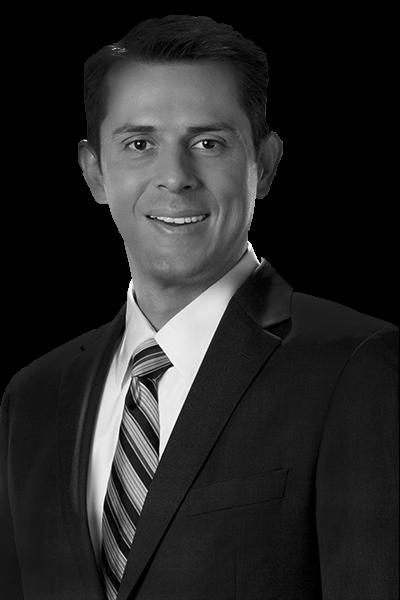 Law was not at the top of his mind when Mr. Cisneros began school.  He received his Bachelor of Arts (B.A.) in Economics in 2002.  His intention was to work in Wall Street or do work in a bank. However, life presented a different option.  Mr. Cisneros had the opportunity to work with a workers compensation company where he became interested in the law.  He decided to pursue a career in law and in 2009, Mr. Cisneros graduated with his law degree from St. Mary’s University School of Law.

After law school, Mr. Cisneros was privileged to work doing criminal law and insurance defense before coming to Wayne Wright, LLP.  Having experienced what it’s like to work for an insurance company, Mr. Cisneros was ready to fight for the other party.  He loves to help others and strongly believes it is a part of who he is.  He enjoys talking to his clients and finding a solution to their problems.  Mr. Cisneros is licensed to practice law in the state of Texas and Arizona. He is a member of the State Bar of Texas, San Antonio Bar Association, Society of Ethical Attorneys at Law, and Capital Area Trial Lawyer Association.

In his free time, Mr. Cisneros enjoys golf and playing in a city league basketball team with several other local attorneys in the Austin area.  However, his favorite pastime is spending time with his wife and daughter.